American businesses on their own have the collective economic power to help the U.S. meet its Paris climate commitments—and then some—even without the help of the Trump administration.

The question EarthTalk explores for us today is: What are American businesses doing to help the U.S. meet its Paris climate accord commitments?… their detailed answer is below!

Dear EarthTalk: What are American businesses doing to help the U.S. meet its Paris climate accord commitments?

Not every business leader in the U.S. agrees with Donald Trump that global warming isn’t worth the worry. Anyone looking at the facts realizes that climate change is bad for most businesses, except those willing to adapt to new times or those based on sustainable products and processes from the get-go.

According to CDP, a non-profit that helps corporations measure, track and publicly disclose their greenhouse gas emissions, the 215 largest companies in the world are facing almost $1 trillion in risk from climate impacts and some $250 billion in losses due to write-offs of assets over just the next five years as a result of warming-related problems. As a result, many American companies are taking action to rein in their carbon emissions despite the lack of any federal regulation forcing their hands.

One of the biggest coalitions of climate-concerned businesses is the non-profit We Mean Business, which has signed on more than 900 companies to set emissions reduction targets in line with the Obama administration’s Paris climate accord commitments. The coalition’s mission is to mobilize companies to set ambitious emissions-reduction targets—and to give them the resources and connections to achieve these goals at ambitious yet nevertheless attainable rates based on realistic “science-based targets.”

Meanwhile, CERES, another influential coalition of businesses working to build sustainability throughout the economy, on May 19, 2019 organized a day of lobbying on Capitol Hill—the so-called “Lawmaker Education & Advocacy Day (LEAD) on Carbon Pricing”—where 75 major U.S.-based companies leaned on Congress to pass meaningful climate legislation, including putting a price on carbon emissions.

Exelon, Gap, General Mills, Johnson & Johnson, Kaiser Permanente, Levi’s, Nestlé, Nike, Microsoft, PepsiCo, Shell and Tesla were among the 21 Fortune 500 companies participating in the event. Along with these big players, dozens of small and medium sized companies as well as several trade associations spanning economic sectors joined the effort. All told, the companies involved represent all 50 states and more than a million U.S. workers, not to mention combined annual revenues of nearly $2.5 trillion.

Businesses don’t have to be part of one of these coalitions to take a proactive stance on battling human-induced climate change. There are many little things that any business large or small can do to lower its carbon footprint, including transitioning to a paperless office and billing, reducing worker trash and increasing workplace recycling, switching to zero-emission company vehicles, promoting ridesharing and other transportation alternatives, replacing light switches with automatic sensors and requiring suppliers and vendors to uphold similarly strong standards.

American businesses on their own have the collective economic power to help the U.S. meet its Paris climate commitments—and then some—even without the help of the Trump administration. If a Democrat is able to unseat Trump in 2020, businesses can expect a whole raft of new climate-related legislation that they will have to comply with if they aren’t already going down the path to greener profits. Those businesses already ready are poised to succeed in a fast-warming world. 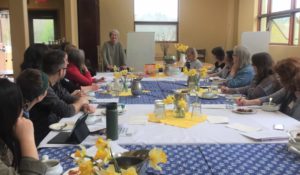 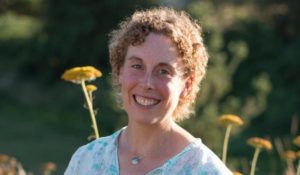