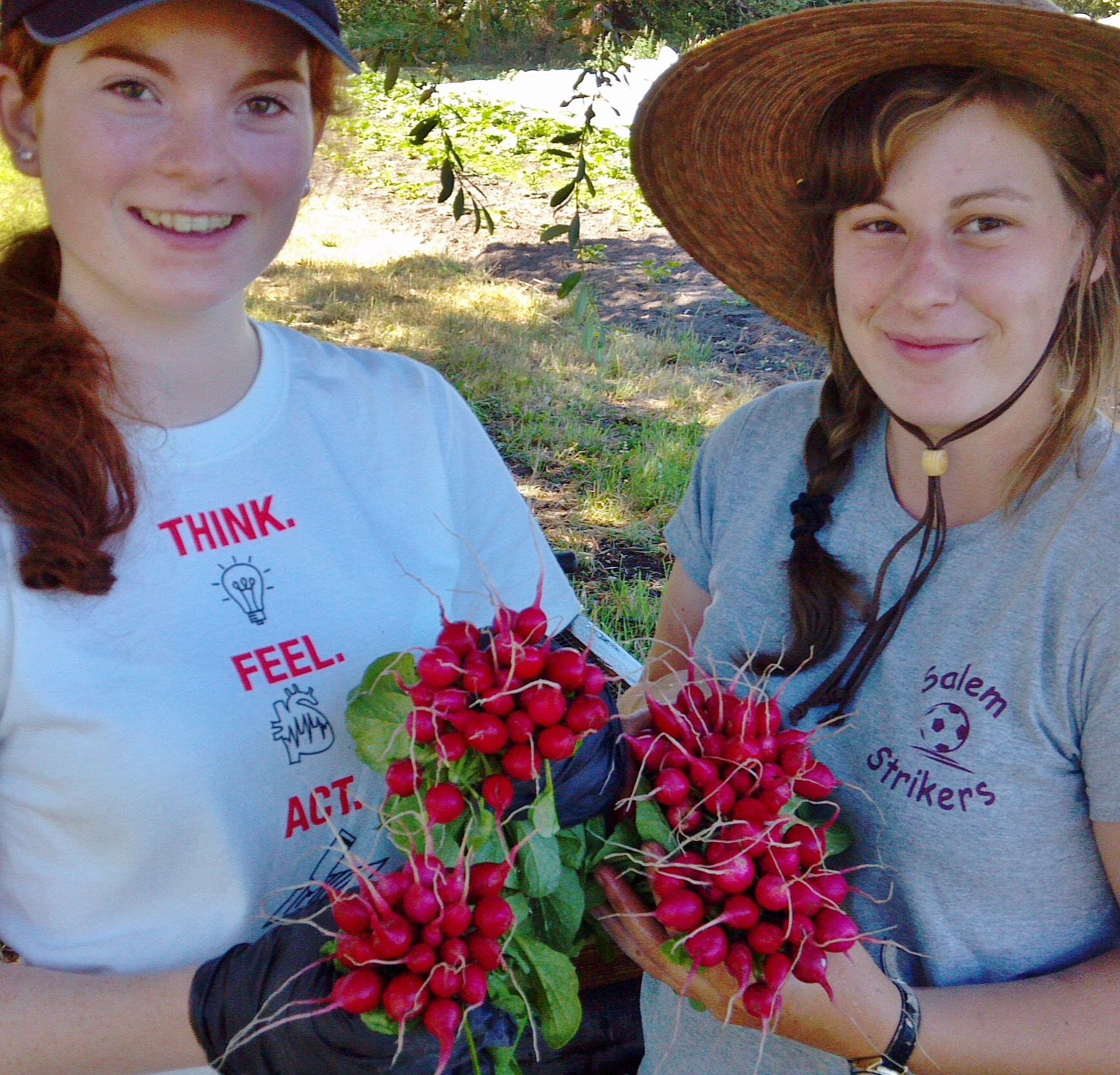 Many people must have felt relieved with the clouds and rain over this past week after many days of the scorching sun this summer.  According to Agweathernet, this July was the warmest July since 1998.  The farm definitely welcomed much needed rain showers and clouds to quench the thirst of the soil and crops in the field.  In fact, the rain we received actually may help yield even more if the temperature rebounds with sunshine for the rest of the month.  We’ll see how it will develop. 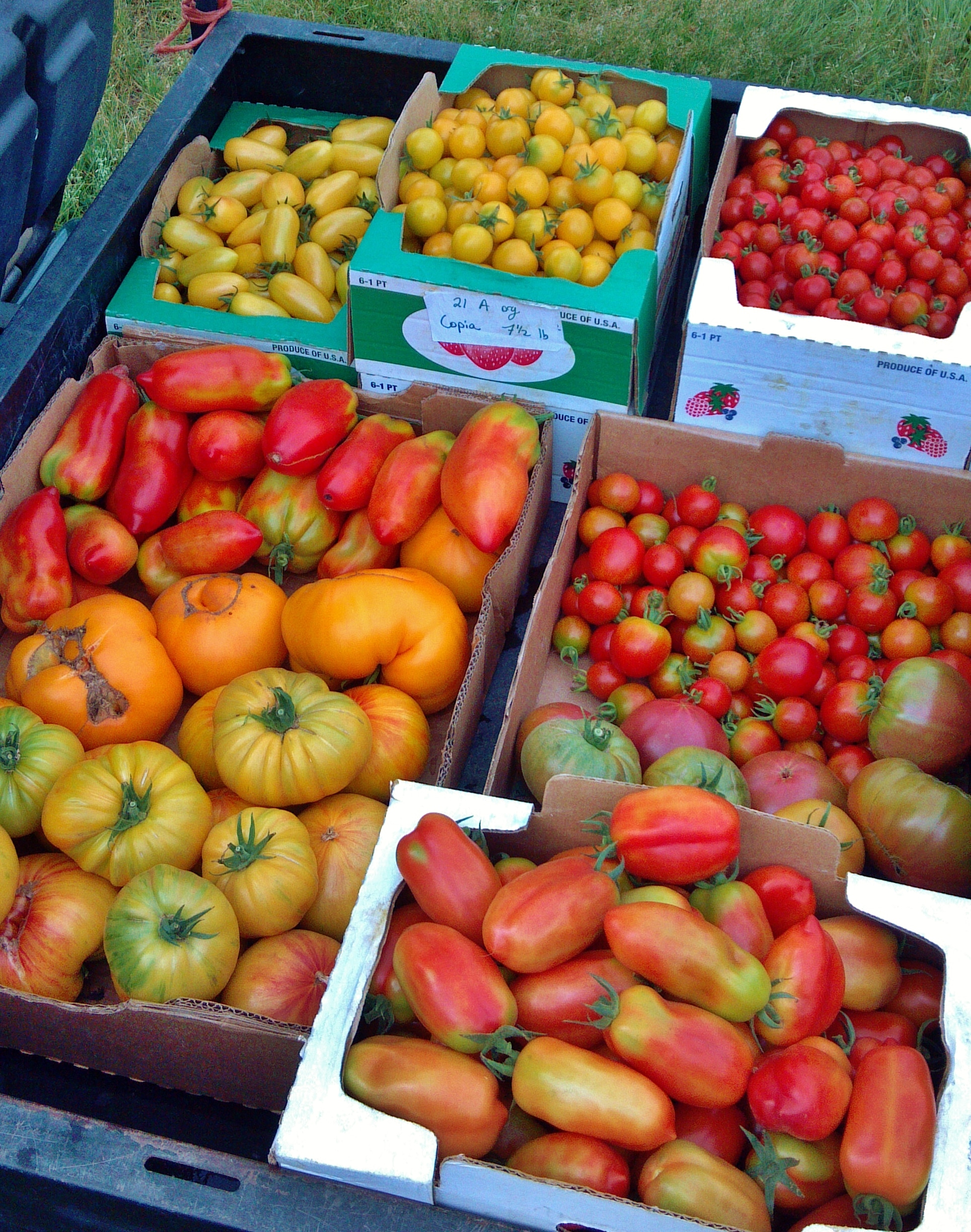 Thanks to the glorious weather crops have been growing fast, big and vibrant. Have you seen the produce in the market lately?  Abundance is there and the produce is full of colors and flavors of the season.  I hope you are not missing out on the season’s best.  Loads of summer squash have been almost overwhelming since early July. Do you know how much zucchini can grow in a day? Watch the time lag pics we made for the answer. Tomatoes also love the warm weather and ripening has been consistent in the High Tunnel. By the way, we created a short video to show how to prune tomato plants. You can watch it online. Our super sweet corn will be ready for harvest next week….it’ll be about a week or so earlier than normal because of the warm summer. Here in the valley corn harvest usually takes place in late August/early September, but that won’t be the case this year. Winter squash and pumpkins are already fruiting, which makes us wonder if they might be an early harvest depending on how the nice weather sustains its system for the rest of the season.

I can’t write farm updates without talking about weeding….particularly this year due to the weather – the weeds love the heat.  Frankly, we had to give up weeding some of the crops this summer and leave their fate in nature’s hands. Onions and leeks in particular. Weeding onions/leeks got so behind and soon weeds took over like a wild fire.  The sight was a nightmare! We eventually managed to finish weeding them, shifting other priorities, and also many thanks to those volunteers who gave us helping hands.  And adversity became advantage. The weeds actually helped keep moisture down in the ground and we didn’t have to water onions/leeks at all since they were transplanted….I mean zero irrigation – nothing but rain. Competing with weeds, onion bulbs ended up growing a little smaller, but that’s ok for a tradeoff.  We have other crops that are abundant and compensate, and we still harvested lots of onions after all. 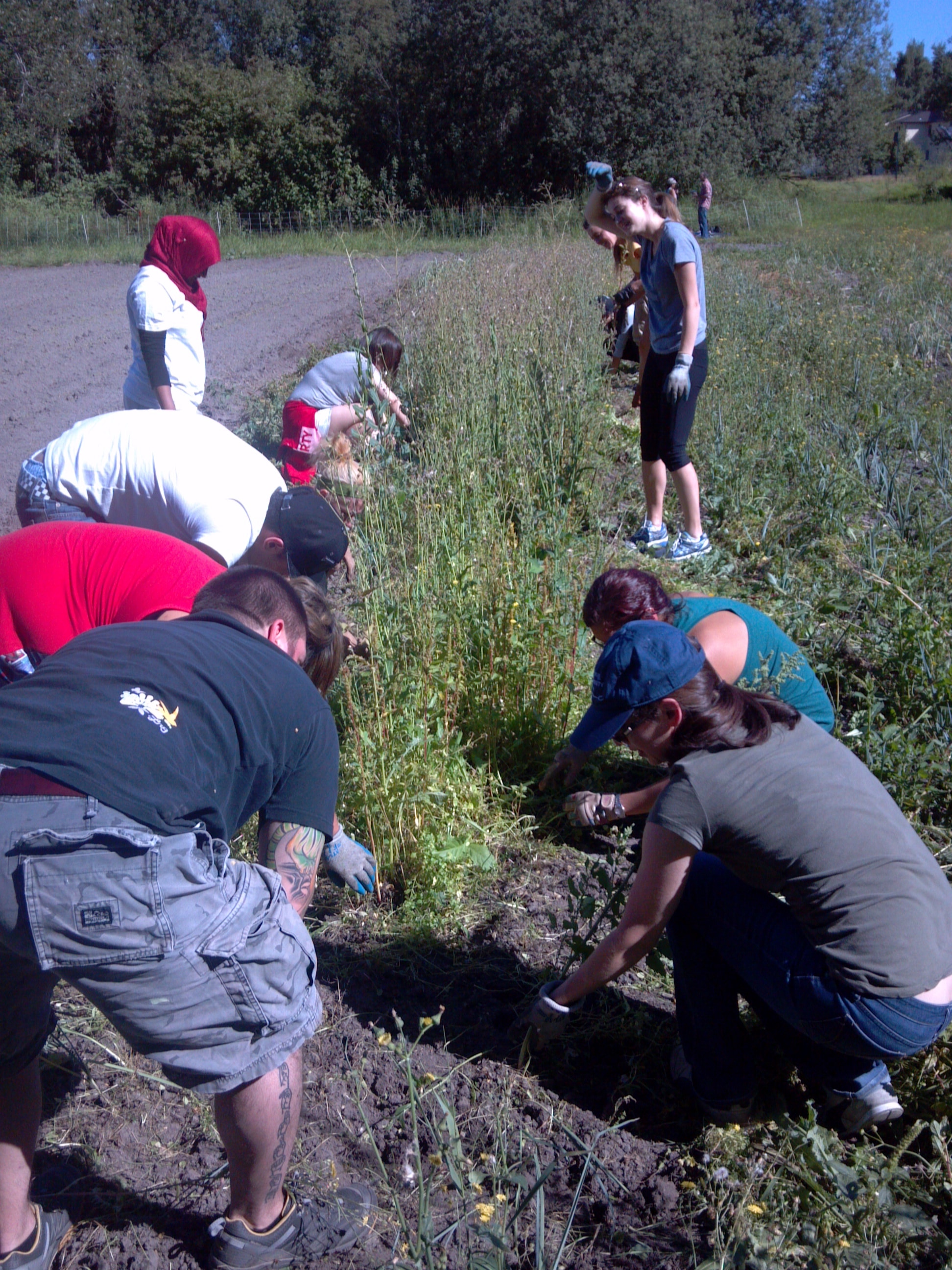 Another example is radishes. We normally weed and thin them, but this year we decided not to for the summer. Radishes were basically left alone with no weeding, no thinning. It worked ok with yield. We harvested beautiful radishes by “thin picking” (harvest every other bulb or so to encourage unpicked radishes to grow bigger). Also radish seeds are relatively inexpensive and also easy to plant (direct seeding). Saving weeding/thinning labor and time made sense for us.  Radishes are one of the fast crops and could mature in 3 weeks, and they tend to bolt easily in such a warm weather. So, unless they are picked soon enough, they bolt and end up being plowed into soil anyway. Plan, observe, analyze, calculate, prioritize and be instinctive, all of which we’ve been applying a lot this summer. Plans are there to be changed in farming, and going with the flow with flexibility is the key. 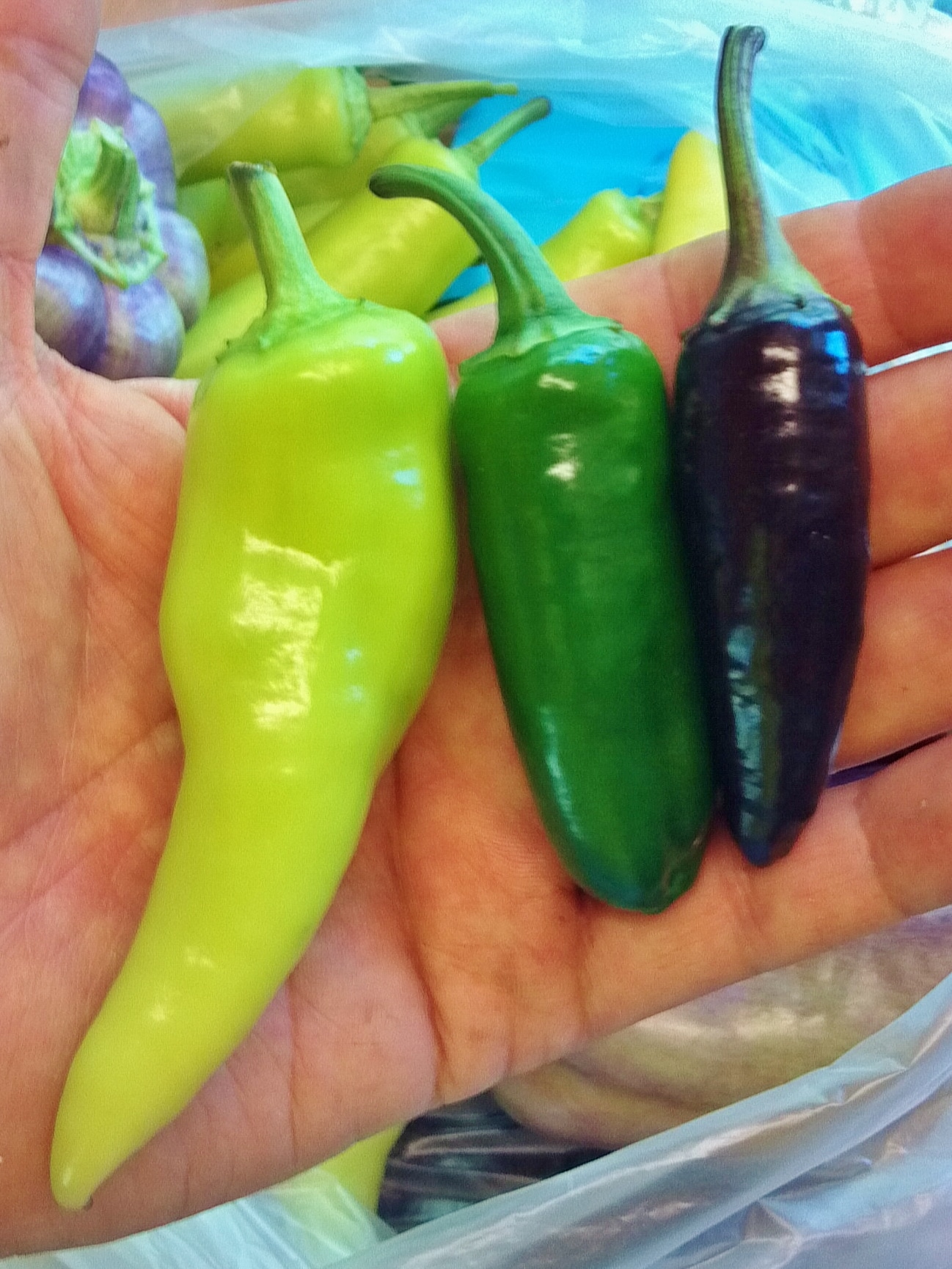 Special colors of the season – black/purple.  We didn’t plan it, but it just happened to be that way. We have a few new varieties of products growing this year, and there is something common among them – black/purple colors:  Indigo Rose tomato, Black Habanero pepper and Purple bell pepper. Indigo Rose is a new tomato variety developed by Oregon State University and very high in phytonutrients by Oregon State Universtiy . Black Habanero is a very mild (no heat at all) black chili pepper and has a hint of bell pepper taste.  Purple Bell is a sweet pepper and visually entertaining with its purple color.  If intrigued, come and try them. They are available in the retail market. 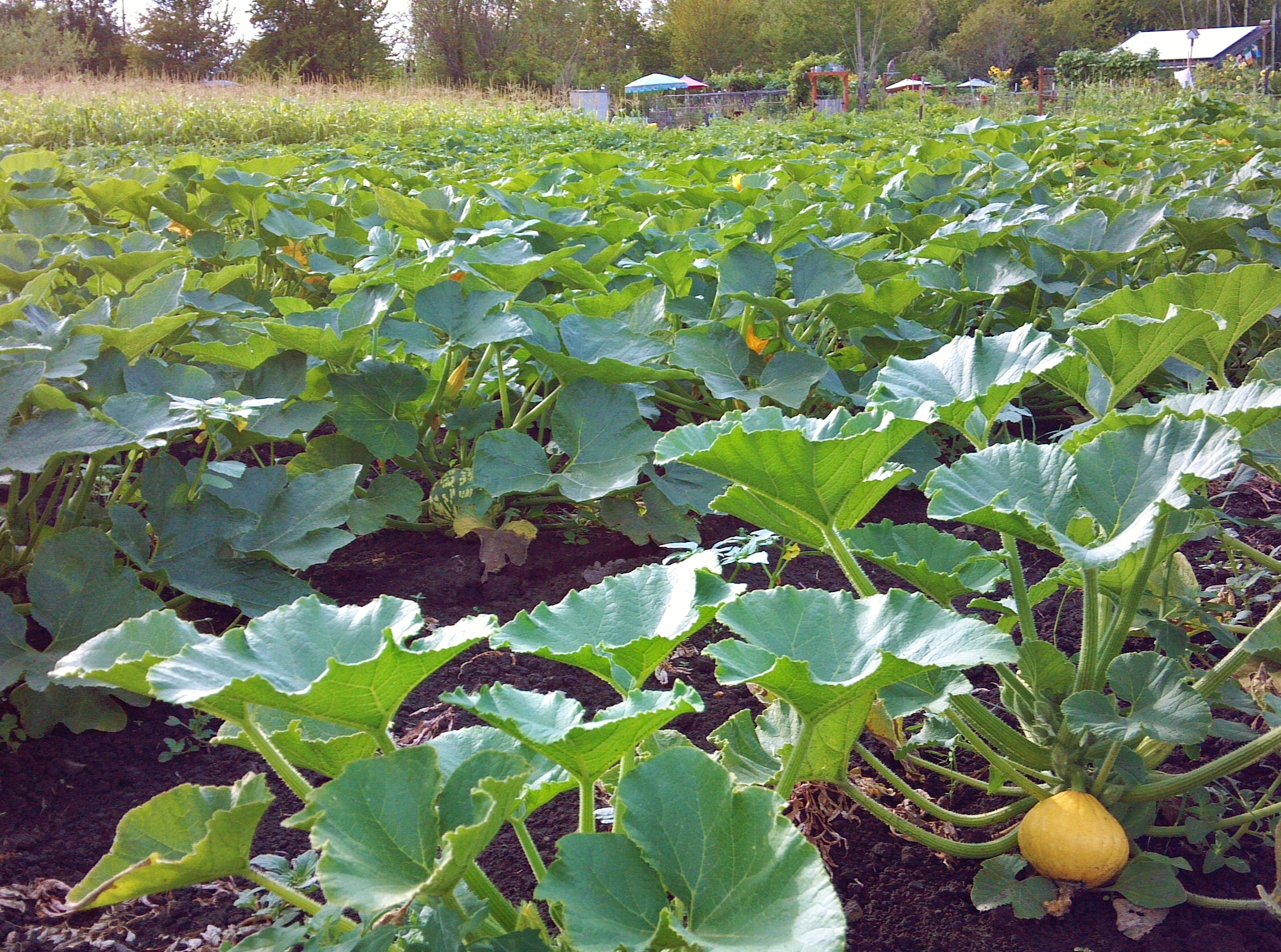 Activities/events on the farm….there have been many activities and events happening on the farm this summer – farm tours, education programs, classes, volunteer programs and weddings, just to list a few. And, the U-pick pumpkin event is already scheduled for this fall…be ready!

We passed the WSDA’s annual inspection for the organic certification last week. Summer cover crop (buckwheat) was planted a couple of weeks ago as part of the soil management and crop rotation practice. We also finished one of the last two plantings of fall/winter greens (kale, collards, mustards, mizuna, komatsuna) along with root crops such as turnips, kohlrabi, radishes and carrots/beets (for winter).  The greenhouse will be empty soon after the last set of seedlings goes out by the end of August.  The season is moving fast here on the farm. I hope you are having a great summer!