“We never know the worth of water till the well is dry.”  (Thomas Fuller) 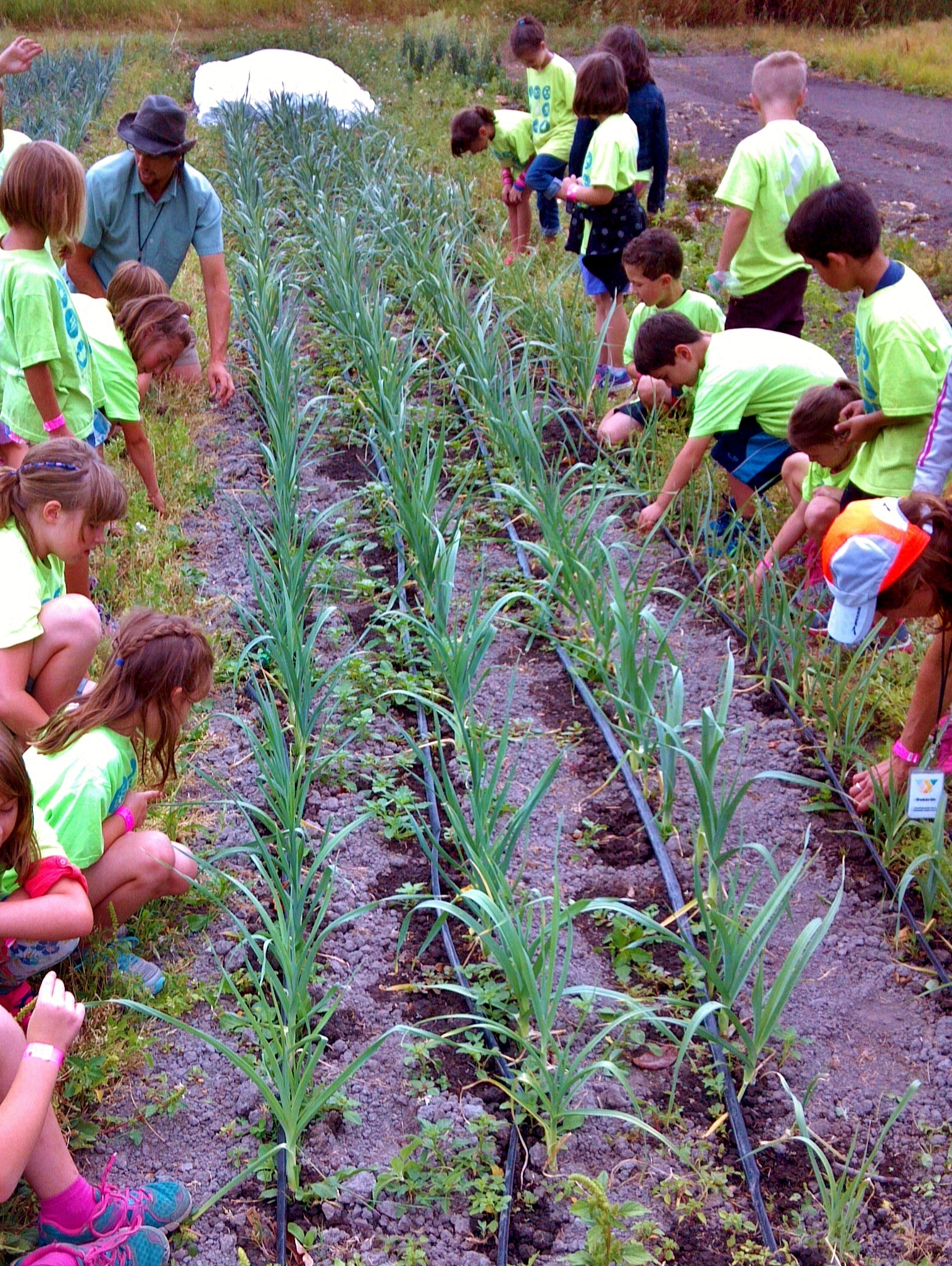 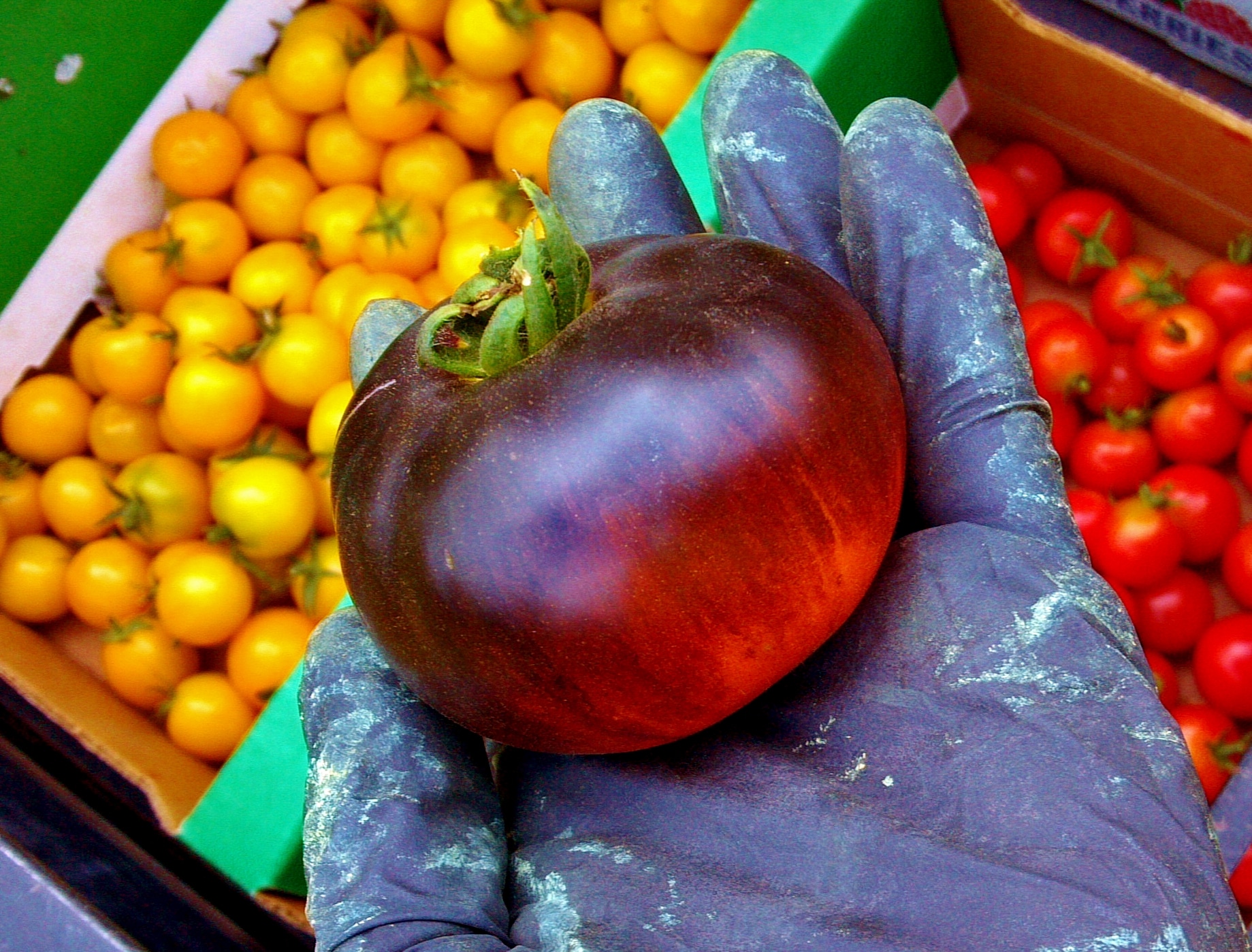 Nearly 15 years farming in the valley, I had never experienced such a desperate need of water/watering for growing food. The much anticipated rainfall we received about a week ago was just a brief relief, and didn’t do much to quench the thirsty ground. Many areas on the farm are still bone dry. Normally, soils in our fields retain some moisture even in early/mid-summer, but that’s not the case this year due to the abnormally hot and dry spell we’ve been having since May and June. We all know summery weather usually doesn’t arrive in the region until around July 4th, but, this year the unusually warm/dry weather started in spring, on top of this winter’s low snow pack.

We are not the only farm in such an extreme dry condition, however. There are many other local farmers who are in the same boat, or even worse coping with the drought. We’ve been watering almost everyday (but not every crop, every day) since June except the last week when more normal weather briefly returned (temps were back to 70’s with sunshine and clouds). There are a few key elements we always assess when/before we water: 1) How much water our crops need. 2) How much water our watering methods apply. 3) How much water is shared among the users per water pump capacity and water limit/day. 4) How to balance water use between 1) 2) and 3). We rotate the watering schedule weekly and assess/prioritize daily which crops need water first/more/less/none based on the crops condition/growth (how they look and how the rooting system is established – deep/shallow) and how dry the ground is (surface dry/one inch, two inch, three inch deep or deeper). Other factors we consider for watering are the timing of a crop’s harvest, crop’s life span, crop’s maturity (newly transplanted crop needs frequent watering to establish rooting system and direct seeding requires water for the seed to germinate), soil characteristic/condition and water permeability (silty loam, sandy, clayish, muddy), watering method (we use drip irrigation, overhead sprinkler, hand water, furrow irrigation), weed condition (weediness can be advantage/disadvantage) and real-time weather condition/forecast. Out in the field, we assess these factors so that watering can be done timely, efficiently, practically and hopefully without much waste.  In addition, we face the limit of water use at 5,000 gallon per day, as well as cope with the water pump’s pumping ability since we share the same well with other gardeners on site.

Overall however, we’ve been managing our water situation with rationale, not with “whiskey’s for drinking, water’s for fighting.” (Mark Twain). We are already reducing and/or quitting watering some crops such as summer/winter squash, pumpkins, onions/leeks and hardy greens (chard, kale, spinach) based on their growth/maturity and the timing of harvest in order to conserve water. We are also experimenting a solar powered timer for irrigation so that some crops can be watered at night and/or during the least constraint hours of the water use among all the gardeners, which hopefully results in more efficient watering compared to watering during the day. However, we have to carefully evaluate and apply night-time watering as it can potentially trigger some negative impacts such as disease and pests. As we use row cover for most of the crops we grow in the field, elevated moisture by watering at night could pose some risk to plants such as mold/mildew/bottom rot/fungus/pest.  Slugs would favor moisture at night, too.

Pest issues: some nematodes are very active (aggressive) this season because of the warm weather. We lost watermelon plants as nematodes devoured the roots. They also attacked some transplants of artichoke. We could rescue the artichoke plants by treating the soil with sugar water, however. A few years ago, we used sugar water to successfully treat cucumber plants when nematodes attacked them. So, this time we applied the same method/sugar water for the artichoke plants and it did work to rescue the plants. Flea beetles are another pest attacking our tender crops more than normal….arugula, mizuna, komatsuna and mustards are major victims. Even kale (hardy green!) has been attacked by flea beetles. We use row cover to protect them from such pest, but flea beetles are so vicious this year. We put catnip plants right by the pest laden arugula and it worked to repel flea beetles and was effective enough to maintain the crop for harvest. Kale…..we trimmed the leaves of the flea beetle infested kale plants and watered well in order to enhance kale’s own strength and immunity, hoping flea beetles would stop infesting. Logistic behind this approach is that strengthening the weakened kale plants (heat stress/lack of water) back to more normal and healthy state by trimming and watering could work because often times pest targets weak(er) plants first. We already let go of komatsuna, mizuna and mustards due to flea beetle infestation, but tactfully we used them as a trap crop by leaving them as a bait to attract (trap) flea beetles to them so that they won’t go to other crops.

Sunshine and warm temperature contribute to a good yield and abundance assuming there is enough water available. And yet, if the condition goes beyond normal (temperature above 85 degrees or so), abundance could evaporate into the air. Too much heat can cause stress to many plants and negatively affects yield. For instance, we noticed tomato plants suffered a bit during the consecutive weeks of the heat spell; blossoms were falling off due to the high heat/stress. Although we have a decent quantity of tomatoes fruiting, abundance may be questionable if the heat wave returns and persists for the rest of the summer. August (usually driest and warmest) is just beginning.

Eat the season: have you tried our sweet carrots yet? They are candy sweet, really. We worried about carrot fly as I reported in my previous farm update, but so far carrots look and taste great, and wormy damage is minimum to normal at this point.  We grow Yaya, Merida and Chantenay carrot varieties. We are also experimenting growing carrots and dill together as dill may help repel carrot fly (smell of dill confuses carrot fly detecting carrots). Interestingly, carrots and dill are not considered companions, however! We’ll see how they play out together.

Onions and corn are looking really good out there.  Perhaps, it’s because they have been weeded better (thanks to volunteers!), watered in a timely manner and getting more sunny days than normal. Longer/more days of daylight are crucial for onions to grow and mature. Corn tassels are up and ears of corn are already forming well. Corn harvest may be a week or two earlier this year. Winter squash and pumpkin plants look happy….gourds are already producing fruits!

Crop failure/loss and crop diversity: as the dry weather and heat spell may continue, we are not immune to crop failure/loss to some extent.  In fact, we lost a few lettuce crops and some leafy greens due to the extreme weather. And yet, having a diversity of crops has been good to our food production no doubt. Extreme condition, extreme measures. We grow well over 150 varieties of vegetables and herbs.  A couple of good reasons for that are: marketability and risk factor diversification. The potato famine in Ireland? Growing diversified crop varieties helps us being able to serve a wide range of buyers and reduce the risk factors of crop failure/loss (some varieties may fail, but others may not….there is always something for backup). It’s a good principle to practice. Extreme condition/abnormal weather like this year and extreme measure/diversification.  Examples are…. some of our lettuce varieties are performing poorly due to the heat wave, but we have other lettuce varieties relatively producing well enduring the extreme weather. We grow four varieties of kale and one of them has been heavily attacked by pest, but three other varieties are sustaining good yield. That’s all for this farm update.  You can also follow this report with pictures here.