This time of year is flush with bitter greens. I mean, we literally had the option to order 12 different varieties of radicchio this week alone! Here is a really great recipe for someone who is unfamiliar with this abundant fall bitter green. The sausage in this recipe helps smooth the bitterness and mellow it out on the ol’ palette. This recipe can be done on the grill or in the oven, it turns out great either way!

1 pkg sweet or mild Italian Sausage (try Skagit River Ranch’s Mild Italian Sausage), grilled or boiled and broiled
1 large head Radicchio, cut lengthwise in half
1 lemon, halved
Sunflower or Olive Oil
Fresh Herbs of your choice for serving (I just clip whatever I have growing in my window sill at the moment)
Salt + Pepper, to taste

Grill Instructions
Turn the grill on medium high heat. Halve radicchio lengthwise through stem end, and toss with 1 tablespoon oil (or more if you need it to coat) and 1/4 teaspoon salt. Put radicchio, cut side down, lemon, and sausages on the grill and cover. Let cook for 2 to 3 minutes, until outer radicchio leaves are dark brown and the lemon is charred. Transfer to a cutting board and let cool while sausages finish cooking, about 5 minutes more. When cool enough to handle, thinly slice radicchio. The outsides should be charred, and the insides should still be crisp and raw. Combine in a bowl with another 2 tablespoons oil and the juice of half a lemon. Taste and correct seasonings, adding lemon juice, salt and oil to taste. Spread radicchio on a platter and top with grilled sausages. Garnish with herbs and enjoy!

Stovetop & Oven Instructions
Turn on the broiler. Boil the sausages, just until cooked. Halve the radicchio lengthwise and toss with 1 tbsp oil and ¼ tsp salt. Put radicchio, cut side up, lemon, and sausages on a sheet pan and toss in the oven. Cook for 4-5 minutes, make sure the radicchio doesn’t brown too much. When the radicchio is crispy and a nice golden brown remove; remove the lemon at this point too and set aside to cool. Cook the sausages for another few minutes making sure they get a nice crisp/char on them. Give them a turn if needed.  After radicchio has cooled, thinly slice them and combine in a bowl with 2 tbsp of oil and the juice of ½ the lemon. Taste and correct seasonings, adding lemon juice, salt and oil to taste. Spread radicchio on a platter and top with grilled sausages. Garnish with herbs and enjoy!

What we would DO next time: If we were to cook this in the oven again we would boil the sausages, then cut them into coins before broiling in the oven. That way each piece has that magical carmelization. 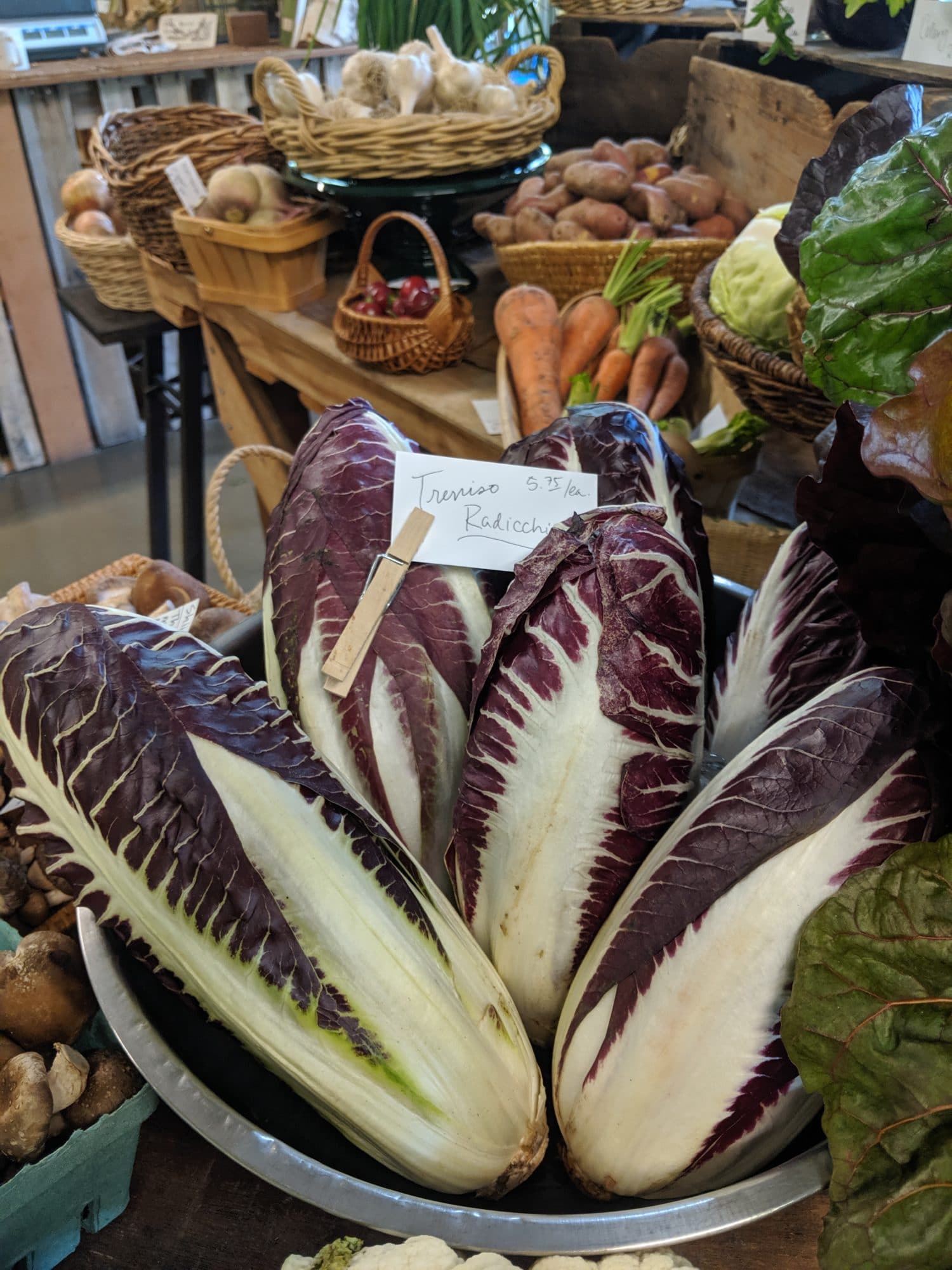