Oil on the Tracks: Guest Blog Post from Martha Baskin

Oil on the Tracks: Guest Blog Post from Martha Baskin

We are pleased to have a guest blog post from Martha Baskin, a highly respected environmental reporter, covering critical issues that we care deeply about at 21 Acres.   You may have heard Martha as host of Green Acre Radio or read her recent article about GMO-free Cheerios which was picked up on the national level. The article she just wrote about oil-carrying rail cars and tanker ships is alarming.  Please read on….

I don’t think people are aware of the magnitude of fossil fuels headed our way via rail and tankers. On the rail side volume is expected to increase 8 fold when 9 new oil terminals become operational from Ferndale to Vancouver, WA. Currently 4 oil terminals are up and running. The trains will carry – as they do today but with less frequency – crude oil from North Dakota’s Bakken shale fields, tar sands from Alberta and coal from Montana’s Powder Ridge Basin. What’s different than in decades past is volume — high powered extraction techniques – and intent. Fossil fuel companies are beginning to lose their domestic markets and are anxious to take up the slack with exports. There could be as many as 50 trains rolling through the region daily with 100 cars each and each filled with volatile crude. Given the horrific number of explosions, the volatility of the crude and unsafe rail cars not made to carry oil, it’s almost madness that neither the feds or the state are stepping in and saying “whoa”, slow down, you go too fast. At a minimum, per advocates quoted in my story, there should be a moratorium on all rail transport of fossil fuels until the cars are retrofit. (Some 80% are not.)

Unless communities step into the breach, however, I suspect oil and rail interests will dominate keeping us all in the dark until yet another explosion takes its fatal toll in the beautiful region we call home.

Oil on the tracks: Seattle joins Spokane in looking at safety issues

If the number of oil trains crossing the state increases, what’s in store for the environment and public safety?

Oil train explosions in Canada and the U.S. and a massive increase in oil shipments by rail in Washington are magnifying the risky business of moving oil through population centers. Three oil trains a day are estimated to cross the state carrying crude from North Dakota’s Bakken Oil fields bound to refineries in Tacoma, Cherry Point and Grays Harbor. The number and volume is expected to increase eight-fold if 10 proposed oil terminals become operational.

One city council president, Spokane’s Bart Stuckart, calls them “moving time bombs.” But the risk oil trains pose to public safety and the environmental repercussions are drawing the attention of city councils, legislators and environmentalists. The resolution passed by the Spokane City Council urges the adoption of new state and federal regulations as well as an update to emergency response plans.

“I think the dangers of this Bakken crude are even more so than the dangers we have with coal trains. They’re carrying highly explosive materials and our citizens aren’t safeguarded,” said Stuckart.

The Seattle City Council will hold a hearing on the issue this Friday. According to Stuckart, cities can’t regulate interstate commerce, but states can demand safety standards, and federal agencies can mandate tougher railway standards.

“If Seattle and Spokane, the two largest cities in the state, really, within a couple of weeks of each other, pass these resolutions and get them unanimously passed, it’s going to send a statement to the feds and the state,” says Stuckart.

The public, elected officials and first responders have, for the most part, been kept in the dark by oil and rail companies about how much oil is being transported through the state, because companies aren’t required to disclose this information. When the oil proves to be as potentially lethal as Bakken crude, that’s a problem, says Sightline Institute policy analyst Eric de Place. For years, the National Transportation Safety Board has said that the principal tank car for transporting crude oil is unsafe.

“It’s not just a little bit safe,” said de Place. “It’s wildly unsafe. The tank car, the DOT-111, has been implicated in a number of high profile disasters.”

He refers to oil train explosions in North Dakota, Alberta, Alabama and, in particualr, Quebec, where a catastrophic crash and explosion devastated the town of Lac-Megantic, killing 47 people. DOT-111 tank cars make up anywhere between 70 and 90 percent of rail cars carrying crude oil. The National Transportation Safety Board issued new recommendations in January, but it doesn’t have regulatory authority to enforce them, according to de Place.

“That’s up to another agency, the Pipeline and Hazardous Materials Safety Administration or PIMSA. And that government agency has been very reluctant to require upgrades or retrofits to the existing stock of tank cars,” says de Place.

Tesoro Refinery with a terminal in Anacortes recently told investors that by mid-year, its entire tank car fleet would be made up of new cars with protective plates at both ends and thicker shells. Canada National, the biggest rail company in North America, also announced it had begun to charge shippers who use the old cars more than those who use new ones. Canadian Pacific Railway, Canada’s second largest rail company, is following suit with a surcharge on oil companies who use hazardous rail cars.

House Bill 2347, or the Oil Transportation and Safety Act, was voted on the floor this week and was sent to the Senate. The House bill asks for more information from oil and rail companies about the amount of oil being transported and calls for studies on local and state disaster preparedness plans. Rep. Jessyn Farrell, D-Seattle, is co-sponsor of the bill.

“I think there’s a widespread recognition on both sides of the aisle that we need to a) know what’s happening and b) to make sure we have the assets and plans in place to keep our communities safe,” says Farrell.

The Department of Ecology and other state agencies have been dealing with oil spills in water for decades, but there are no similar plans in place to deal with accidents on land.

However, none of the resolutions or bills go far enough for Adam Gaya, an organizer with 350.org Seattle. Catch up with him near the train tracks that run below downtown Seattle and under the Pike Place Market and you’ll learn why.

“Were there to be an accident in downtown it would essentially vaporize everything in almost a mile radius,” says Gaya. “An accident in a major city like Seattle is almost unthinkable in terms of the catastrophe it would cause. But it’s a very real possibility with the nature of the chemicals and the type of rail cars we’re seeing right now.”

At a minimum, says Gaya, there should be a moratorium on permitting new terminals handling oil shipped by rail until cumulative safety and environmental impacts can be addressed.

“Federal agencies have simply not been responsive enough to the needs of communities and state agencies have continued to permit dangerous projects despite these safety recommendations,” said Gaya. “That’s a dereliction of duty on the part of those agencies.”

Just how far state agencies and elected officials will press the issue remains to be seen. New York Gov. Andrew Cuomo issued an executive order earlier this month calling for more oversight on rail transit of crude oil. A petition to Washington Gov. Jay Inslee and Oregon’s Governor Kitzbaber was also launched by the watchdog environmental groups Columbia Riverkeeper and Forest Ethics, calling for a moratorium on new oil by rail terminal permits.

Martha Baskin is an environmental reporter, whose work on the subject began with a project for the King Conservation District. Green Acre Radio was born shortly afterward. Her work is currently supported by the Human Links Foundation. She was one of the founding reporters for Pacifica’s Free Speech Radio News and has been a contributor to the National Radio Project’s Making Contact. 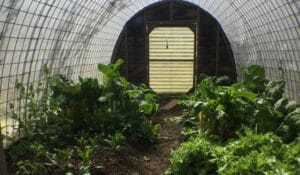